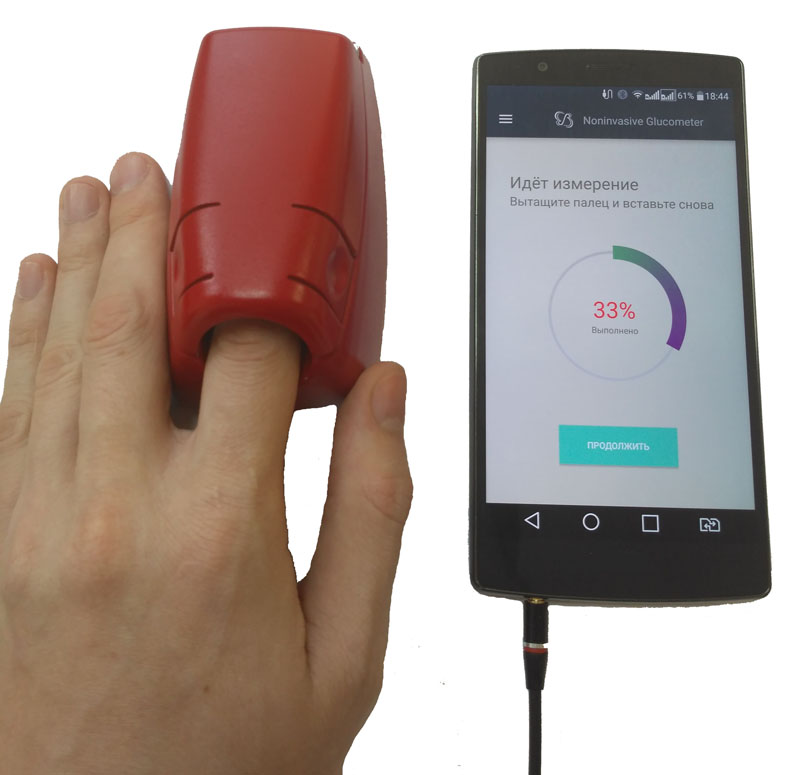 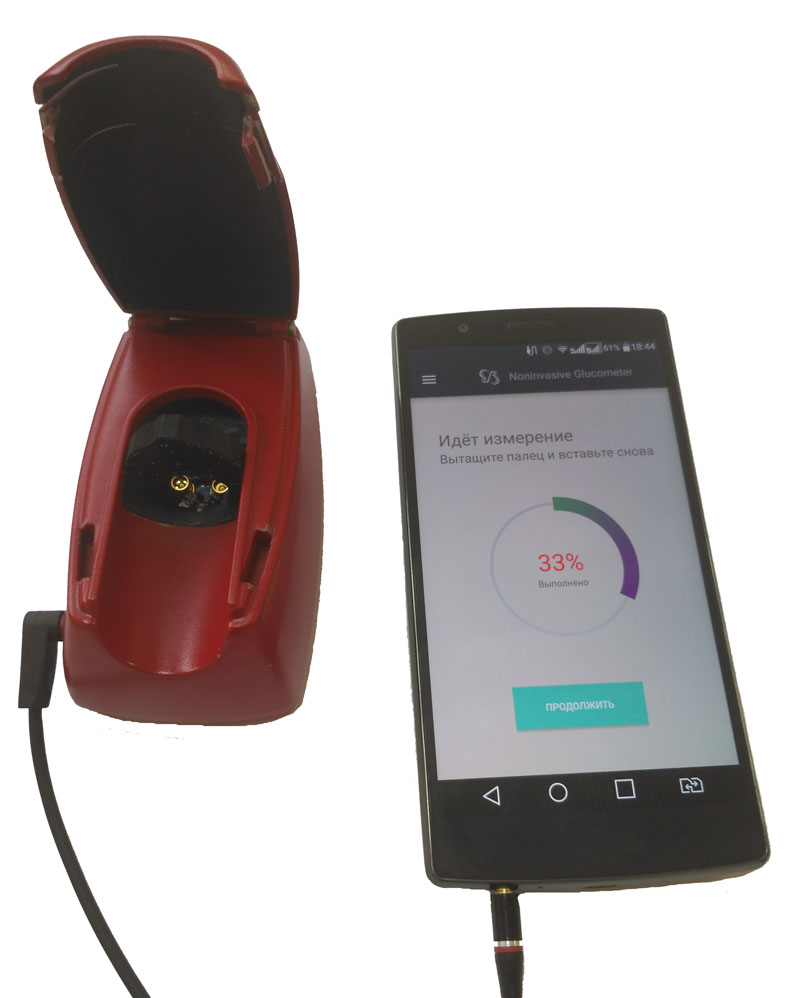 382 million people in the world for 2014 suffer from diabetes mellitus according to the statistics of the International Diabetes Federation (IDF). To control blood sugar levels, the diabetic pierces his fingers (and other parts of the body) daily through pain and the risk of infection from 2 to 8 times. To improve the quality of life of diabetic patients, it is necessary to create non-invasive glucometers, i.e. Glucometers, which do not require the receipt of a drop of blood or other biological fluids.

In this regard, non-invasive and inexpensive devices for indirect determination of blood sugar are of considerable interest.

For today in the world there is no universally accepted mass-produced non-invasive glucometer.

The most promising method of non-invasive glucometry, as noted at the 61st annual scientific session of the American Diabetes Association, is spectral, based on the achievements of spectroscopy in the near infrared range.
The main technological problem that inhibits the development of optical spectroscopy for the assessment of glucose in the blood is the presence of many other components in the skin and, including, in the lumen of the vessels (for example: water, proteins, lipids, various forms of hemoglobin, melanin). All these components must be taken into account in the general model and understand its non-linearity.
The uniqueness of the project lies in the non-invasive spectroscopic measurement of glucose in the blood, based on specially developed algorithms that take into account a wide range of possible errors (due, among other things, to the presence of other components at significant frequencies) during measurement. 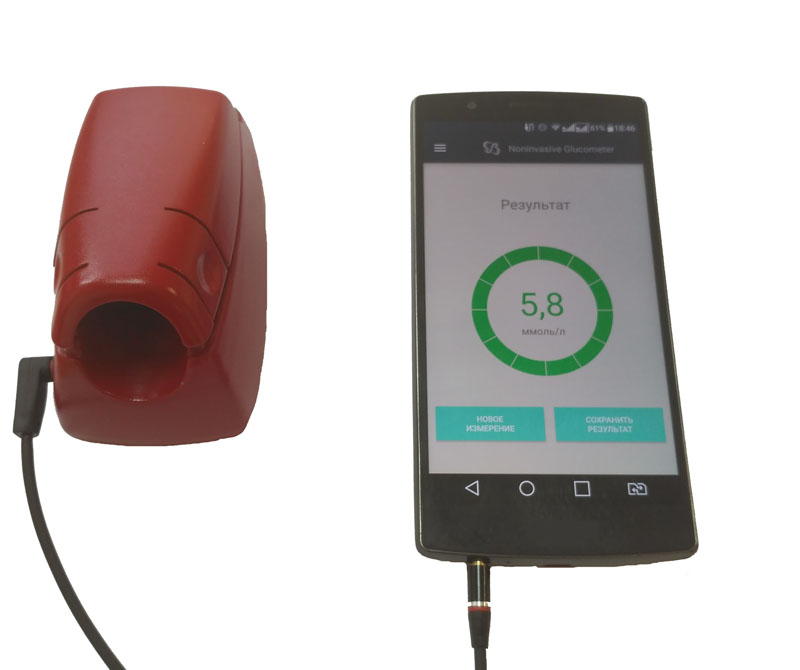 The novelty lies in the calculation of glucose in the blood on the basis of measuring the radiation in the optical region of the absorption spectrum of glucose at 3 ranges.

A non-invasive blood glucose meter developed by us can be either a stand-alone or USB-connected interface or a wireless Bluetooth interface with computers, smartphones, tablets and other mobile devices.
The non-invasive glucometer is designed in such a way that it will be possible to measure the concentration of glucose in human blood at regular intervals and through 3G / 4G to send this data to the server developed by us. If something is wrong with the analysis, the doctor will contact the patient himself and give him recommendations. 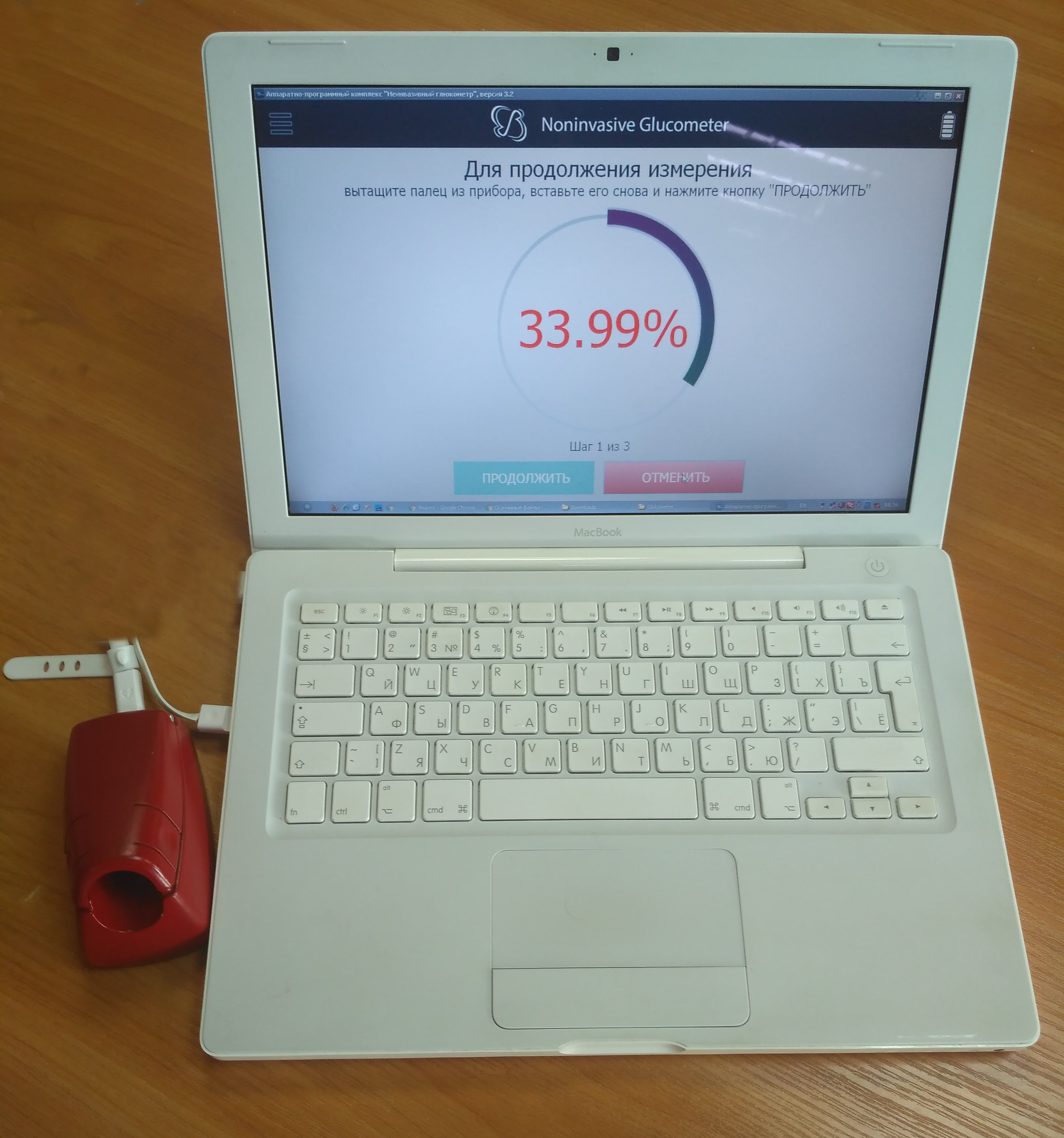 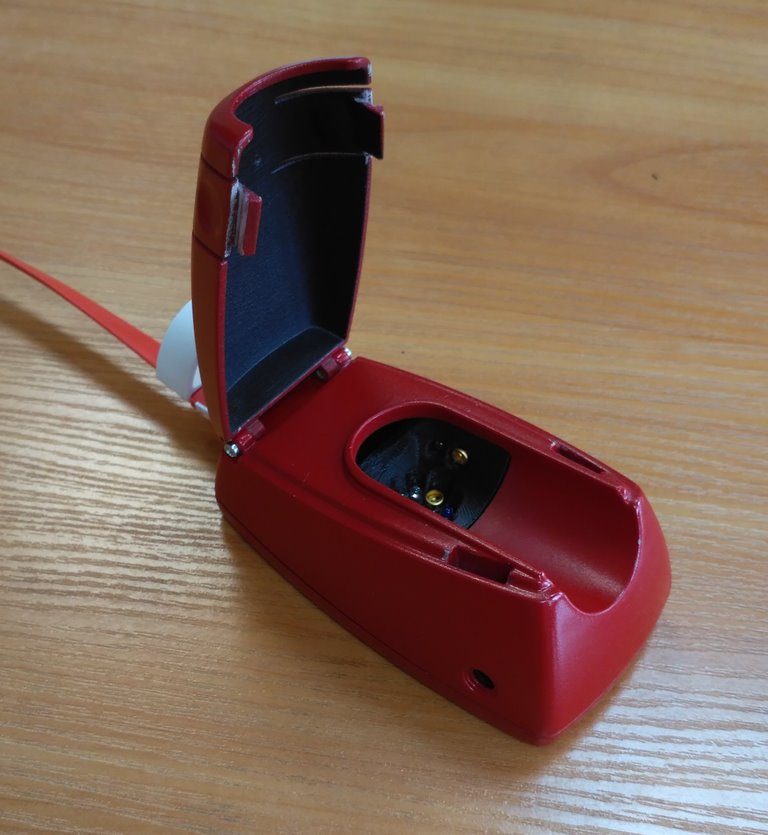